Watrec implemented a reliable and industry standards compliant biogas plant for Biotehdas. The plant serves municipal operators, among others, in the Kuopio region who wanted a modern, cost-effective, and ecological biowaste treatment solution.

Need for modern waste handling as a starting point

The Kuopio region was previously handling the biowaste and local industrial wastewater in the Northern Savonia municipalities by, among others, composting and other solutions. The region was in dire need of a modern handling solution for organic waste. The waste management company Jätekukko, owned by the City of Kuopio, invited to tender for a treatment solution, and it was won by the Biotehdas foundation.

Previously, Biotehdas had researched some Finnish biogas plants and bought the Watrec-implemented VamBio facility after finding its concept good and profitable. They wished to continue cooperation with the VamBio realiser and thus chose Watrec as their technology partner for the Kuopio plant project.

Biowaste as raw material was a clear challenge. Watrec combed through the Finnish biowaste pre-treatment service network. After much research, the company concluded that there were no good and ready-to-use concepts – so they set out to develop their own, totally novel method.

Pre-treatment was combined with the Watrec concept implemented in Vampula that was further developed to become even more reliable and compliant with industrial standards, for both the process and the facilities and premises.

Two receiving lines were built in the Kuopio plant, one for biowaste and the other for traditional sludge and mash. The implementation was a success, exceeding even Watrec’s own expectations.

The end result was simple, easy to maintain, and reliable. Maintenance support performance was augmented by, among others, duplicating the process components. In practice, this prevented stoppages for the critical process segments. The plant turned out to be odourless and almost clinically tidy. The impression it gives is more industrial than that of a waste treatment plant.

What is special about the Kuopio plant is transferring energy to the local energy company to be further processed into electricity and heat for the use of the City of Kuopio. Jätekukko and Kuopio Energy that got involved in the project as the buyer of produced biogas had already employed gas from waste disposal sites to produce district heat in their previous collaboration. However, the production of landfill gas is rapidly decreasing as the amount biodegradable waste dumped at landfills keeps growing smaller. With diminishing gas production, the quality also takes a hit, and new solutions must be found. Watrec’s tailor-made solution enabled utilisation of weakening landfill gas also in the future by combining functions.

Since this was a first-ever solution of this type in Finland, the extraction of both gases presented some technical challenges – but these were tackled through cooperation and excellent planning.

Thanks to its progressive operations, Biotehdas gained a good reputation amongst its clientele. The municipal player, as the end customer, got rid of the treatment of yet another of its waste components, and received a successful solution and a great service provider for the process. “We are happy with the functionality of the process. Waste pre-treatment has worked tremendously well. Packaging materials and impurities can be removed effortlessly, and through effective pre-treatment we are now able to receive several types of waste. Our customers also benefit from the advanced pre-treatment and the reliable handling process.”

”The number one aspect in a biogas plant is that waste receiving functions at all times. For the functionality of both the process and customer relations, it is imperative that the waste arriving at the plant can be received without problems or delays.”

End results as planned and in schedule

The project’s most crucial objective schedule-wise was to get the production started on time, since it is remarkably more important for the customer’s economy than the completion of the construction work. As in other Watrec’s projects, this schedule was met in Kuopio, as well. The schedule was also met extremely well during construction, and the end result was according to plan. Watrec’s previous experience played a major role and enabled expeditious handling of licences and permits, among other things.

“We worked together with Watrec already in the project planning phase, and the collaboration towards a common goal went smoothly. In addition to image boost, we are expecting economical gain with the new facility through extremely efficient biogas utilization, where also the heat is salvaged.” 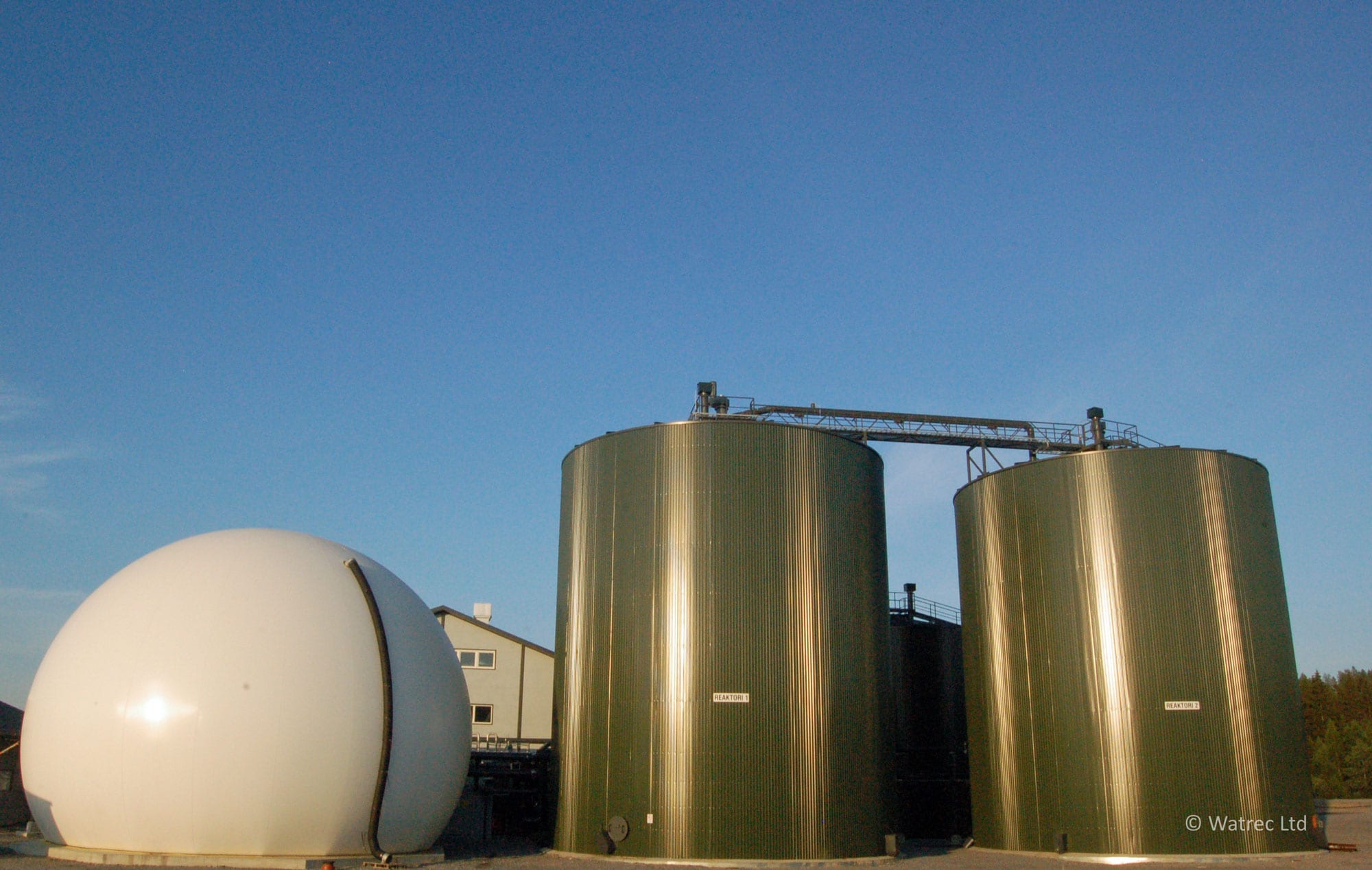