Gasum Ltd.’s most Northern biogas plant is operating at Oulun Jätehuolto Ltd.’s area. At the end of 2016 the plant faced a situation where it needed an expansion to the treatment capacity to be able to treat all the waste that was coming in. The capacity had to be tripled, which took the plant’s efficiency to a whole new level.

Finland has always been among the leaders in adapting new technologies, and Oulu has been one of the hubs for Finnish innovations. This was also the driving factor for Oulun Jätehuolto Ltd. when they were looking for new ways to treat their waste. The company ended up to utilise state-of-the-art technology, which was Watrec’s Biogas Plant in this case.

Initially, Watrec designed and built the Oulu Plant already during the years 2014-2015. The plant, that was built in Oulun Jätehuolto’s Rusko waste management area, was designed to receive diverse range of materials – e.g. source separated organic waste as well as wastewater treatment sludge. While designing the plant, Watrec took into account the possibility for later capacity expansion which enabled more convenient and cheaper expansion later on.

The Oulu Biogas Plant was in operation for 1,5 years before it was obvious that the old 19 000 tn/a capacity was not anymore sufficient for the demand. Thanks to Watrec’s innovative design, the expansion could be implemented with a moderate additional investment. There were still challenges with tight schedule and operative requirements: the plant’s production could not interrupt during the expansion works. The challenging project demanded precise design and problem-solving skills of an experienced personnel. Through these qualities, we were able to carry out the project without any operational interruptions. 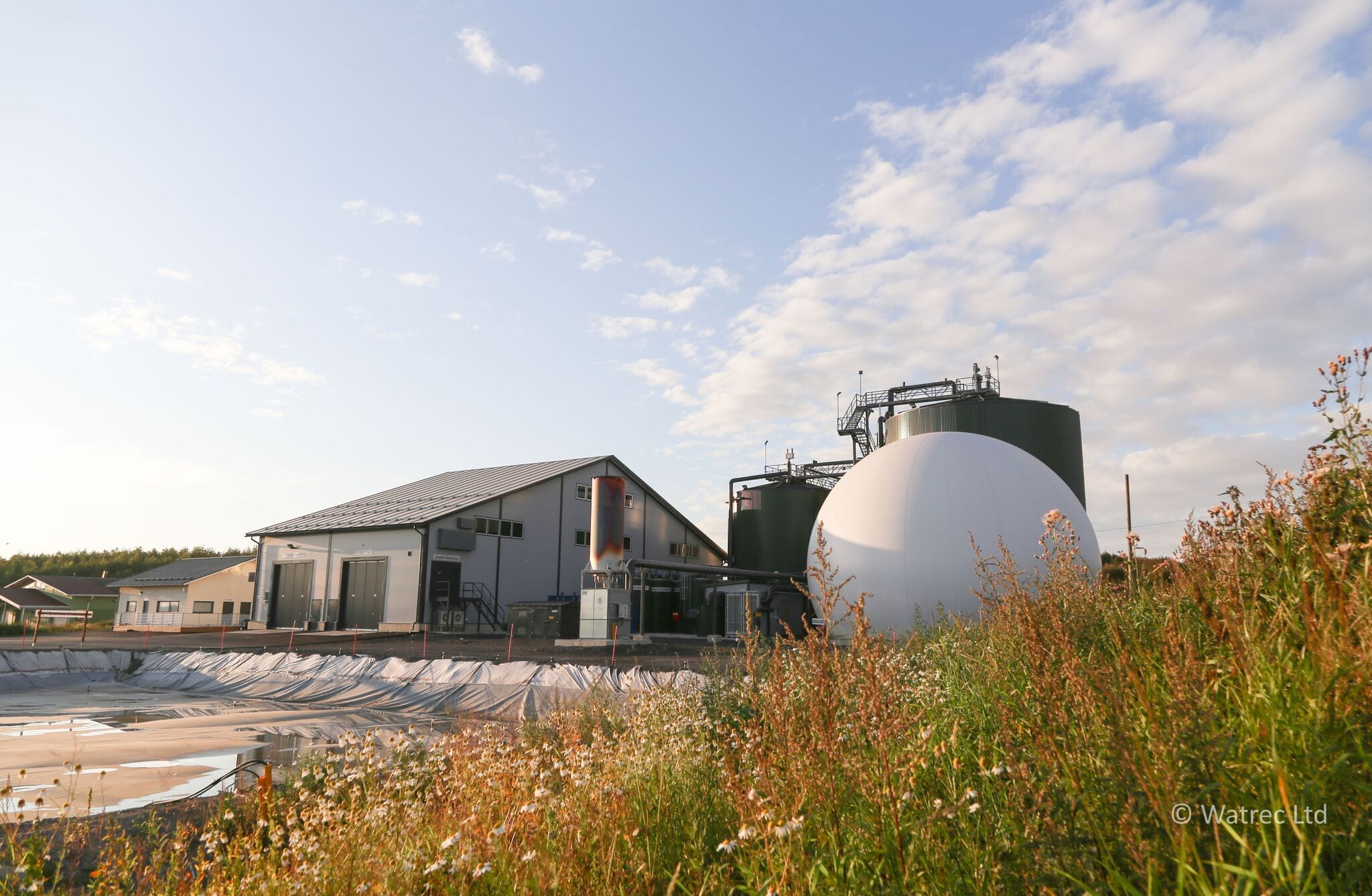 Faster schedule in the construction of a new reactor

the total length of the piles under the reactor

Progrees of the process:

The benefits of Watrec to the client