When Oulu’s Waste Management Ltd wanted a cost-efficient and modern solution for managing organic waste in multiple municipalities, it held a call for tenders to build a biogas facility. The tender was won by Biotehdas, and it chose Watrec as a partner for carrying out the operation to continue the successes of many previous joint biogas facility projects.

The Oulu Waste Management Ltd had an existing network for distributing landfill gas, and they also participated in the project by buying biogas.

Before the biogas facility was built, the Oulu Waste Management Ltd used a compost hall for processing organic waste. However, the hall has at the end of its life span, and the processing technology began to be obsolete. A biogas facility is also more economical: composting consumes energy, whereas a biogas facility produces it. Biogas facilities are also closed systems, thanks to which problems with smell are significantly smaller compared to composting. 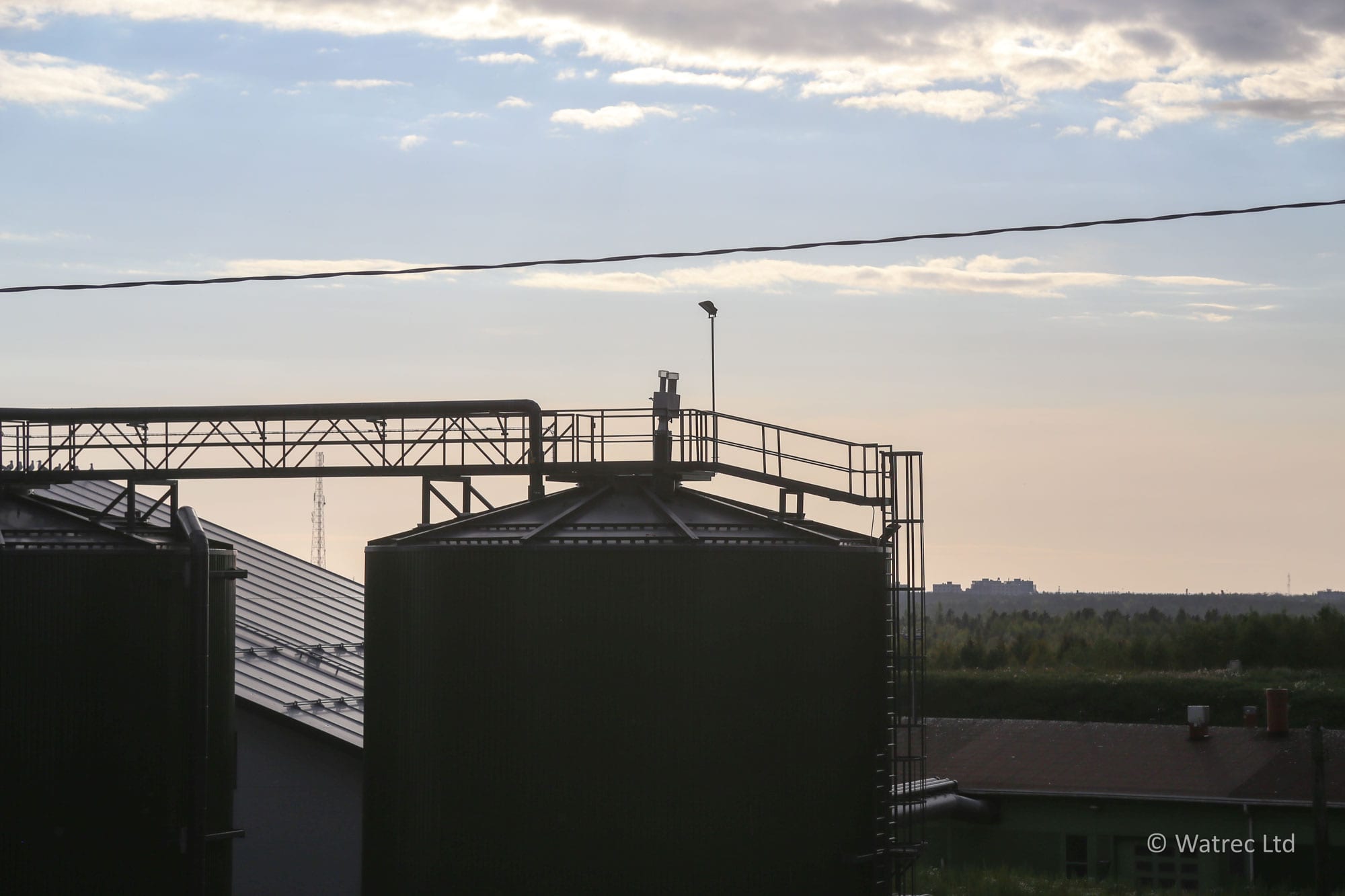 A solution to technically challenging construction

The facility that Watrec built in Oulu utilized the same concept that was already created for a similar facility built in Kuopio. Its functionality has since been proved in multiple facilities.

Unlike in Kuopio, the factory in Oulu utilizes assets that were already present. Oulu’s old composting facility was renovated, and the space was put to use by e.g. situating all preliminary processing of biogas there. This type of solution was completely new for Watrec, but it was made to work, and Watrec’s know-how was once again increased.

Another feature that made the project different from Watrec’s previous biogas facilities was the unusual construction spot: the facility was built on top of an old garbage hill. The fact that the municipality is located to the North of Finland, and that the facility was built during the winter had to also be taken into account. The location of the site and winter construction created their own problems for construction. By monitoring all design work as the head coordinator, Watrec, together with its network of cooperation partners, was able to stand up to these challenges.

There was fairly urgent need for a biogas facility in Oulu, and locals wanted to have it built quickly. The waste management company of Oulu had an existing permit for processing 20 000 tons of organic waste. A facility that exceeds that amount would have required a new permit and an evaluation of its effects on the environment, and the construction would have needed to have been delayed until the permit was received. Because of this, a smaller facility with only one reactor was built. However, if there is need for larger organic waste processing capacity in the future, the facility is designed from the ground up so that its total capacity can be easily and inexpensively expanded to 60 000 tons, without needlessly increasing investment costs.

“This biogas facility offers many benefits compared to our old composting facility. Because it is a closed process, the facility’s environmental emissions can be controlled and utilized. It is also smell-free, unlike composting. Furthermore, whereas heat energy created by composting was wasted, the biogas created by the new facility can be utilized.”